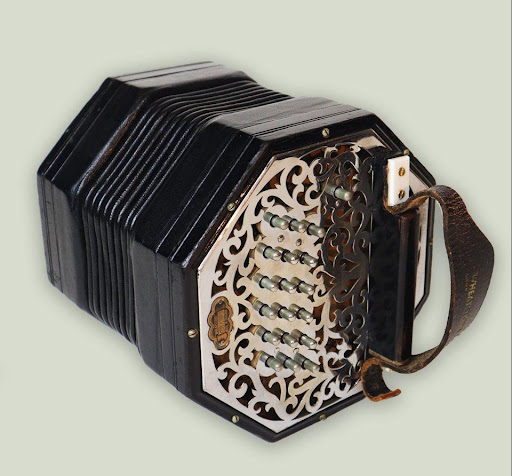 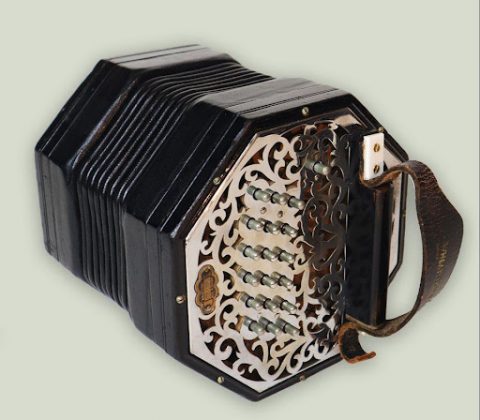 The concertina is directly related to the symphonium. Wheatstone suggested that the bellows could be used to supply air to the reeds. He soon put his ideas into practice. The instrument that is bellows-driven could be bigger, as the reeds would not have to be placed so close to the mouthpiece. You can add more notes to a concertina, which has 48 keys as opposed to the 16 on a symphonium. There is also more space for fingers to move on larger keyboards.
Wheatstone maintained the alternating-note arrangement. Wheatstone’s concertina has a different arrangement to the accordion or piano. A melody requires that each hand plays some notes. It is difficult to play both a melody or accompaniment at once, but it is possible with skilled players. If I were a skilled player, this is where I would include a link to my playing. I don’t.
Wheatstone and other manufacturers also made concertinas, which combined Wheatstone’s basic instrument design along with key arrangements that were different from the original English alternating-note system. The most popular of these modifications, which most importantly restored the intuitive order in which high and low notes are placed on the right and left respectively, was the one that borrowed the keyboard layout from a German instrument, which is also the basis of the modern button accordion. The resulting “Anglo-German” concertina–confusingly abbreviated after World War I to just “Anglo”–is the kind Jonsi is pretending to play in Game of Thrones. Even more confusingly, Anglo concertinas are very popular among traditional Irish musicians today.
Although accordion manufacturing was easily adapted to mass production in order to meet the growing demand, concertina production was never truly automated. This has led to acoustic variations between the instruments. For example, accordion reeds are mounted in rectangular blocks and attached to the soundboard with wax. Concertina reeds can be fitted manually in individual reed chambers that are held in place by friction.
Despite being run by Wheatstone, C Wheatstone & Co., Concertina Makers still exists. However, the instrument is very expensive and production numbers are low. A concertina that sells for less than a few thousand dollars will almost always be made from parts borrowed from accordions or, worse, harmonicas.
Hundreds of thousands of concertinas have been made in the 20th and 21st centuries. Many of these instruments are still in use and can be restored to their original condition for a fraction of the cost of new instruments. A surprising number of concertinas used today, including my own two, are antiques. They were built to Wheatstone’s pre-industrial design at least 100 years ago. This design uses materials that are rare to find: keys made from bone, reed chambers sealed with chamois and rubber. It is possible that the concertina technology has been influenced by the age of individual instruments and the components.
However, real medieval artisans would not have been able to build concertinas even if they had the idea. Although screw fasteners were well-known in Europe at the end of the Middle Ages, they were very expensive to make. All threads had to be filed manually. A concertina has more than 200.